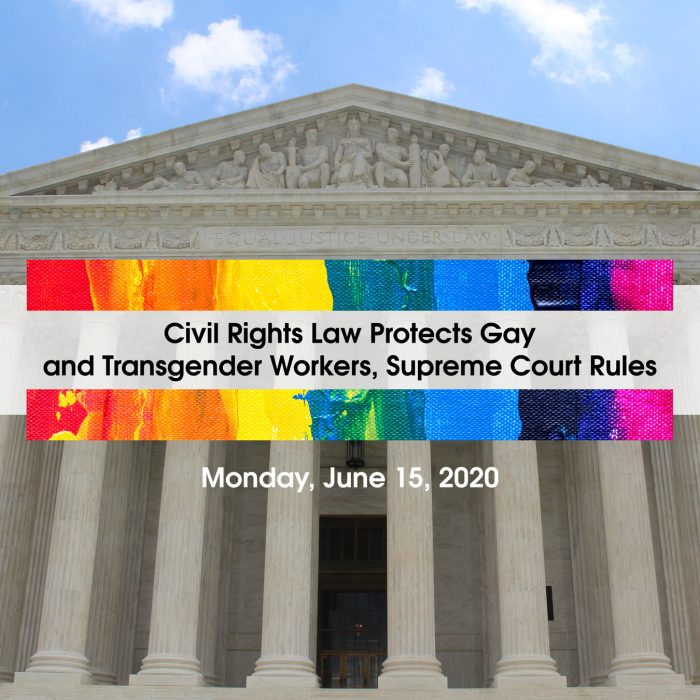 The court said the language of the Civil Rights Act of 1964, which prohibits sex discrimination, applies to discrimination based on sexual orientation and gender identity.

From the New York Times:

WASHINGTON — The Supreme Court ruled on Monday that a landmark civil rights law protects gay and transgender workers from workplace discrimination, handing the movement for L.G.B.T. equality a stunning victory.

“An employer who fires an individual merely for being gay or transgender defies the law,” Justice Neil M. Gorsuch wrote for the majority in the 6-to-3 ruling.

Interested in coverage via a podcast?
Check out Vox’s Today Explained for coverage of today’s ruling.

What a fantastic step forward for our LGBTQ community! This great victory not only comes during Pride month, but also at a time when all of humanity could use a win.